Star Wars is a science fiction media franchise best known as a series of seven films, with the original Star Wars debuting in 1977. Created by George Lucas, it has gone on to become one of the most well-known and financially successful film franchises in history, spawning books, video games, and television series which comprise its "Expanded Universe". Futurama, being a comedy science fiction TV show, is bound to make references to the Star Wars series, while Star Wars has also made references to Futurama several times. Following is a complete list of connections between Futurama and Star Wars. Most references are to the original trilogy, though there are some to Star Wars Episode I: The Phantom Menace.

(Image) : Indicates that it has a picture to the right.

Note: Most of the external links go to Wookieepedia, The Star Wars Wiki 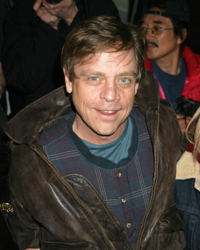 There have been a number of people who work on both Star Wars (primarily Star Wars: Clone Wars, it being an animated TV series) and Futurama: 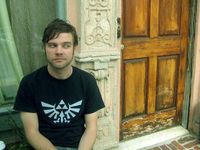 Star Wars has appeared in Futurama on many occasions:

Fry with a lightsaber

Bender with a lightsaber

Smitty with a lightsaber 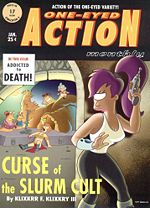 The 'Bender Droid' in Junkheap Hero.

Futurama has appeared in Star Wars (though no where near as much as Star Wars in Futurama) on several occasions: