Vergon 6 was a sunny little planet teeming with life and inhabited by a unique animal population. It was covered in vegetation with occasional ponds and rocky outcrops not unakin to those found in Arches National Monument on Earth; no oceans or major lakes could be spotted. The sky was green with light-green clouds. Seen from space, the surface was covered in hues of green, brown and yellow.

The Nibblonians founded a scientific outpost on Vergon 6 at least one thousand years ago, for which Lord Nibbler was named "Supreme Fuzzler" (4ACV10, 5ACV11). The Nibblonians studied and ate the various species of the planet, and made a planet-sized deposit of fecal dark matter as the years went on. In 2972, the DOOP came across the deposit and gave Mom a contract to mine the dark matter. The valuable resource was mined out by a DOOP mining crew made up of robot slaves created by MomCorp, which left the planet completely hollow and triggered a shrinking process that led to the catastrophic implosion of Vergon 6.

In the final days of the planet's existence, the Nimbus under the command of Zapp Brannigan guarded a DOOP security cordon around the planet in order to enforce Brannigan's Law (1ACV04). The Nibblonian science team evacuated themselves, but Nibbler was left behind due to digestive troubles (5ACV11). When Mom saw him, she realized that the dark matter was actually Nibblonian excrement, and she captured the Nibblonian science ship and took them all back to Earth. Meanwhile, the Planet Express crew arrived and performed a tax-deductible mission of charity on the planet to retrieve some of the doomed animals. However, the only creature actually taken from the planet was Nibbler, who was taken under the wing of Leela. He then ate all the creatures rescued by the crew, but some of the animals survived on fragments of the crust after the planet imploded. 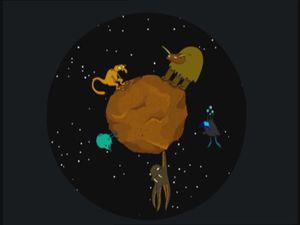 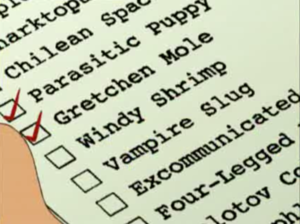