From The Infosphere, the Futurama Wiki
(Redirected from Earthican)
Jump to navigation Jump to search

Earth is a life-supporting planet in the Sol System in the Milky Way Galaxy, and home planet of humans, many animals and plants as well as robots. Despite being conquered several times by various aliens, by the 31st century, humans are again the dominant life form on the planet. Earth's government is a planet-wide democracy that is clearly modeled after (if not directly descended from) America's government of today. Even the flag, Old Freebie, is similar to the American flag.

The government is largely run by clones, though in 3000, the people of Earth elected Richard Nixon as President of Earth. Although frequently invaded by alien forces, Earth seems to be a military power to be reckoned with. Much like American money, Earth currency depicts presidents. In terms of wealth, Mom is the richest person on the planet, Zapp Brannigan is responsible for protecting the world from various alien invasions as well as expanding Earth's territorial claims.

The Earth, along with the Sun (Sol) and the Moon, was created ca. 4.5 billion years ago; 500 million years ago Earth's first lifeforms managed to crawl onto land. The first extinction on Earth occurred 65.5 million years ago when the Brain Spawn set out to eradicate all intelligent life on the planet, which led to the extinction of the planets' dinosaurs.[6ACV07] Eventually the Human race evolved and have since taken the role of Earth's predominant species; however Earth is home to numerous other sentient species from other planets. The proper terminology for someone from the Earth is 'Earthican'.

On numerous occasions between the 21st and 31st centuries Earth's cities were continuously destroyed both by alien species and its own inhabitants. One of the most notable of these destructions was the First Destruction of New York City during the 24th century which was caused by Bender during a time travelling crime spree which caused him to retaliate against the Swedish Air Force. The destruction he caused marked the beginning for the Second Middle Ages, and popularized the term "getting twenty-fourth century" which is used as slang to denote archaic methods. However, by the 31st century, it can be assumed that all of the cities have been rebuilt and the planet's level of technological innovation is considered to be highly advanced. The planet has been united in a process mostly inspired by the show's most often depicted country, the United States of America. It should be noted that although Earth has been united into one single nation certain institutions, organizations, and government ideologies still exist (hence the United States of America existing despite Earth achieving a New World Order). Dozens, if not hundreds, of other planets and minor planets (including Mars, Neptune and Pluto) have been colonized. Owing to that, human population by the year 3011 is unknown.

In 3004, Earth was moved further from the Sun causing a normal year to become 372 days long. Later in 3007, the planet was stolen by the Alien Scammers, who renamed it New Scammadonia. A few days later, however, a fleet comprised of displaced Earthicans and other victims of the Scammers managed to reclaim Earth. The planet briefly stopped rotating in August of 3010, as a result of the Thubanian invasion. Amy Wong managed to fix the problem by "bringing back" the planet's rotational energy from Thuban 9. 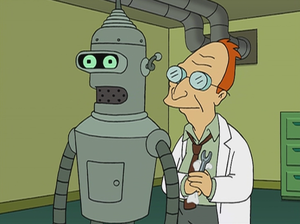 Early robotics in the 30th century

Earth has become one of the most important places in the entire universe by the 31st century, it is recognized by most space faring civilizations as a huge glowing Utopian (debatably) planet which is at the height of its existence. Humanity has made major technological advancements during this time period creating a highly diverse and technologically superior society. Many aspects of science and research primarily concerning robotics, physics, biology, and cryogenics (with many, many others) have evolved to become commonplace among even the poorest of its individuals. Due to this highly advanced society and its relatively normal existence in the 31st century certain technologies have become obsolete (such as the wheel), while others (such as hovercars) have become prominent staples of everyday life. Sentient robots possibly have a higher population than humans themselves and space travel has excelled significantly, journeys to other galaxies take but a few hours because spaceships can move faster than the traditional speed of light. Many people who lived in the 20th and 21st century are preserved in jars albeit only their heads, this technology was invented by Ron Popeil. Almost everything electrical is a robot with feelings, from intergalactic spaceships to toasters.

Many species of aliens have migrated to Earth and live in peace with the life forms already on Earth, the Decapodians specifically came to Earth in the 23rd century. By the 31st century, anchovies and cows have gone extinct. Mutants have since developed in the sewers especially in New New York.

Earth gets invaded by aliens multiple times a week. However, almost all attempts to take over the planet have been unsuccessful. 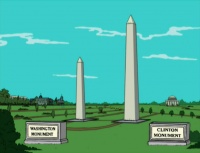 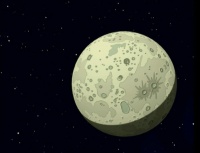