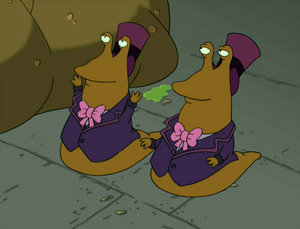 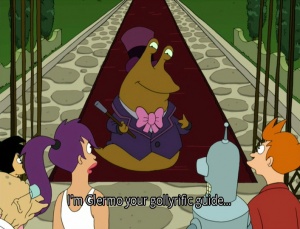 Glurmo: Welcome to the wondrous world of whimsy we like to call... Slurm Centralized Industrial Fabrication Unit!

Small Glurmo: [in a deleted scene] Why, you mother-father, you son of a beach towel, you rotten basketball!