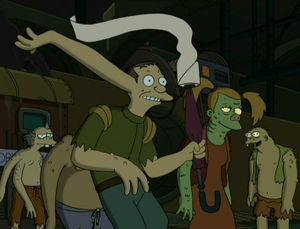 Supreme Mutant is the title for the office of the leader of Mutant society established in the sewers of New New York. The office is secured by a popular vote every four years. It is possible that the Supreme Mutant is similar to the "mayor of the mutants". One of the jobs as a supreme mutant could be acting as a judge in legal disputes.

Only included the mentions of the title