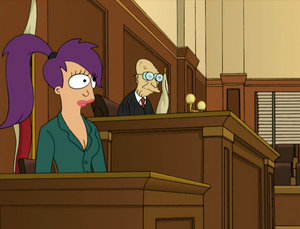 Jenny: Your Honour, it's bad enough to proposition a single female lawyer in court, but this is a unisex bathroom.