If you were looking for the character that used this pseudonym, see Nibbler

I. C. Wiener is a fictional employee of Applied Cryogenics. While he worked at Panucci's Pizza, Fry is called to deliver a pizza to this person, and understands the prank call too late. Instead of making the trip a complete waste, he eats the pizza.

In "Anthology of Interest I", Fry asks what would've happened had he not fallen into the cryogenic tube. It is revealed that the existence of the universe itself is reliant on his having done so. When a Fry-hole, or Hawking-hole, depending on whom the viewer believes, opens to reveal monsters, and one of them claims to be "Icy Whatever" in order to acquire the cheese pizza.

Fired from Planet Express in "The Cryonic Woman", Fry gets a job at Applied Cryogenics. He then orders a pizza under the name I. C. Wiener, which Leela delivers.

In "The Why of Fry", it is finally revealed that the original "I. C. Wiener" was none other than Nibbler, who placed the call in order to lure Fry into Applied Cryogenics, where he could be frozen for a thousand years to fulfill his destiny of saving the entire universe. 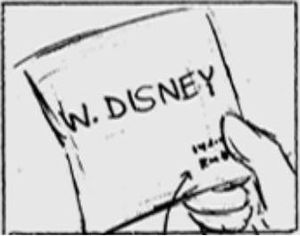 Fry: Hello? Pizza delivery for, uh... [He reads the delivery note.] ..."Icy Wiener"? Aw, crud! I always thought at this point in my life I'd be the one making the crank calls!

Bender: Hey, look! An ugly scared guy! Boo! [Fry gasps and Bender laughs and make ghost noises.]
Fry: Who are you monsters? Is one of you I. C. Wiener?
Zoidberg: If that's his pizza, then I'm "Icy" whatever!