From The Infosphere, the Futurama Wiki
Jump to navigation Jump to search
League of Robots

The "League of Robots" article has been labelled the following levels:

featured
This article appeared on the Main Page for Fortnight 7, 2010. This article (or a prior version) has been identified by the Infosphere community as one of the best.
developed-quality
This article is thoroughly developed.
null-focus
No focus level has been assigned.

apparently in part 2 Bender was sitting in the lounge. had't seen it myself. — Chris of the Futurama 2 [ discuss | contribute ]

If I'm not mistaken, and I'm usually mistaken, it looks like Nyala. There's no Wikipedia article, but you can see it on Microsoft Word and junk. — Chris of the Futurama 2 [ discuss | contribute ]

Okay, now I am simply growing tired of this. The best new character in The Beast with a Billion Backs does not yet have an article. I say 'screw it' and go with the best suggested name for now; Blatherbot. See I:IW. --Sviptalk 00:57, 1 March 2010 (CET)

There, written. I linked the 'alternative' name there too. His article should probably be longer, especially some quotes would be nice. --Sviptalk 17:45, 1 March 2010 (CET) 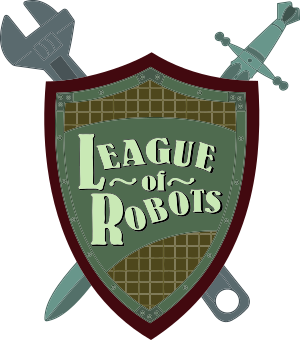