Difference between revisions of "Underwater-house salesman" 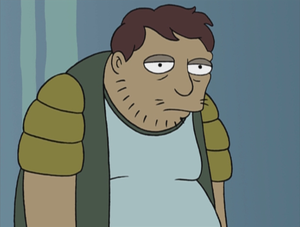 The Underwater House Salesman shows people the Underwater House. The house was going to be sold to Fry and Bender until it was attacked by an octopus so the salesman had to change the lightbulb. He looks and sounds a bit like Sal.